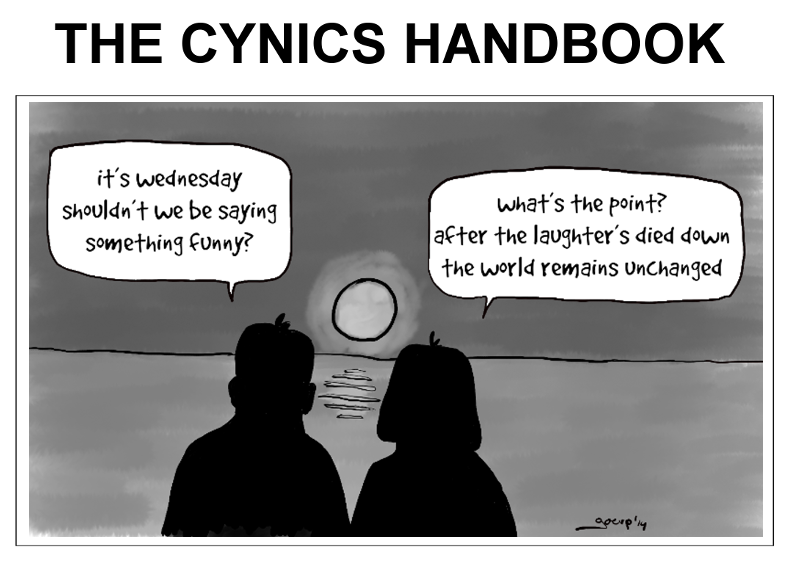 This is a weird one. Rectangular instead of square, there is a joke somewhere  . .. hidden beneath a bleak message and it has a misleading drawing (and the joke is pretty similar to the previous cartoon). The horizon is also not horizontal (just like the photos I take).

Anyway, it’s a good practice for the upcoming Ludum Dare, where I promised that my next game would be no fun at all (like a commenter said: “Next time your game will be as grim as death itself!”).