I haven’t posted in a while so here’s a big one.

First: another Ludum Dare entry. The theme was ‘minimalism’ which I had some difficulty with. The informal subtheme was ‘Potato’. Both are loosely woven into the game I made. It took me three days and it’s still got bugs and it has the User Interface From Hell, but still I’m very pleased with it; 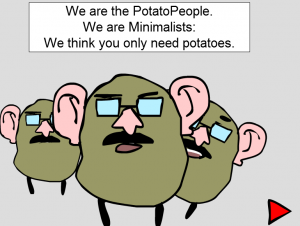 Click the picture to see the game (made with Flash).

I also made a comic describing the process (what in Ludum Dare terms is called a ‘Post Mortem’). It’s in two parts. 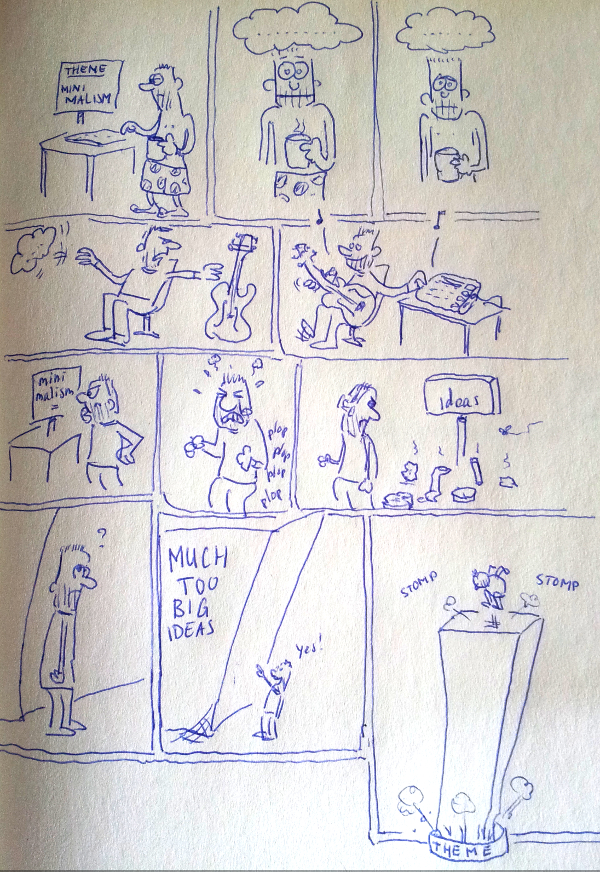 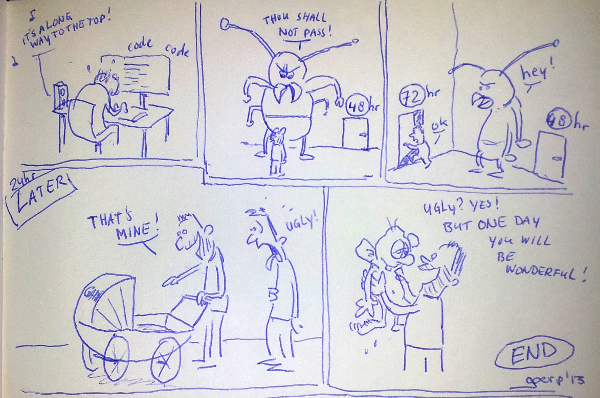 Yesterday Europass Netherlands also posted a cartoon I made for their ‘win a city trip”competition (Europass is an organisation that promotes working and studying in an other European country).

I also made another cartoon for the Europass Facebook site celebrating Europe Day (May the 9th). I’m not sure if they will post it on time (or if they like it enough) but if not, I will post it here as well.

Finally I found a sketch on my phone of an idea that I decided to finish. 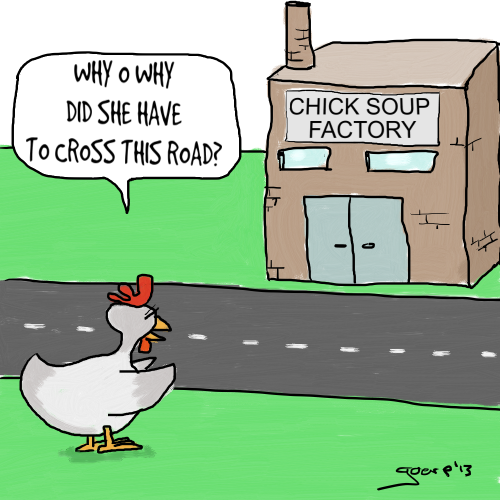 @jclonningdal @MoreC64 The challenge here I think, is having a multiplexer: an algorithm that determines what sprites have to be drawn at a certain vertical position. So you may end up with with the MC drawn before or after the single colour which means you can't guarantee its below the hires one.

It already was an amazing story, but going Steam could make it the most interesting game story. gamesindustry.biz/sl…

Took the red pill last time, didn't work out so well, so this time it's the 10 million! twitter.com/johnb78/…

What a week, huh? all Wednesdays
@whataweekhuh

@CatsSurname One day coming back from holiday (the cat had a babysitter) we found several plush creatures around the place. Turned out our cat found a box with old plush animals opened it and dragged them all downstairs. pic.twitter.com/LMiQ…

@tNG303 @RaistlinGP Paying .99 for one song in digital download quality, while the CD with 10 tracks can be bought for 6. And the download often requires some registering, sometimes with the threat of the publisher having the ability to recall the songs. Make it cheap and hassle free and I'll buy

Atm it always starts talking when showing text, so added a 'turn off sprites' script, so I can have 'THE END' without a face mouthing it. Can be streamlined, but right now it's *very* easy to add another script option. Good enough, time to work on the music. pic.twitter.com/sRCu…

A quick update off my script system, and added some simple 'lip sync' I use sprites for the eyes and mouth, but they're so small they could easily be drawn on the bitmap (and save some memory). pic.twitter.com/eVIx…

In a paperless office the office supplies become restless pic.twitter.com/Flv5…

@desktopsimmer @Bhaal_Spawn You weren't in, so I left the package underneath the giant spider.

@dog_rates @15outof10 @onetailatatime The picture on the couch looked on my phone at first sight like the legs were amputated. Glad that isn't the case!

@EverythingC64 Wow, I wish all forums were as informative as that one . Hope you got it fixed.

@buzz_clik 😅 Then I hope you're the one wearing those sandals (or does Australia have a habit of losing radioactive pellets?)

I keep thinking about all those proponents of nuclear energy talking about how small the volume is of the produced waste. twitter.com/Rainmake…